After Odysseus lands on Ithaca, Homer describes his journey across his homeland through several key locations to his palace where he confronts Penelope’s suitors.

Taking as a starting point that Homer referenced real places, Robert Bittlestone identified a number of locations on Paliki that closely match the text descriptions in the ‘Odyssey’, considerably reinforcing the hypothesis.

Want more detail on the reasons and explanations for the identifications?

They are given in depth in the book ‘Odysseus Unbound’.

Kastelli, the Livadi Marsh and many of the other candidate Homeric sites referred to in the book are on private property or are designated sites of archaeological interest.  Greek law is very strict in forbidding the removal of any artefacts, however small, from archaeological sites. Infringement can result in imprisonment.
These sites must not be visited without the permission of the landowner and/or accompanied by a member of the Odysseus Unbound project team. 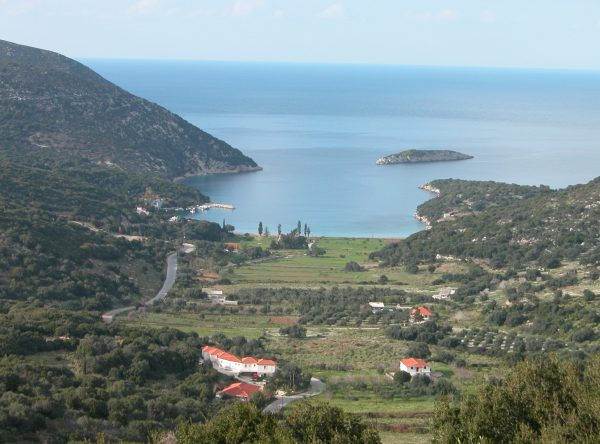 Odysseus lands on Ithaca at Phorcys Bay. Homer writes that it has two long headlands jutting out to sea. Atheras Bay on the north coast of Paliki fits that description perfectly… END_OF_DOCUMENT_TOKEN_TO_BE_REPLACED

The palace of Odysseus is central to the story. Kastelli closely matches the many clues in the Odyssey to the layout and location of the palace and city … END_OF_DOCUMENT_TOKEN_TO_BE_REPLACED 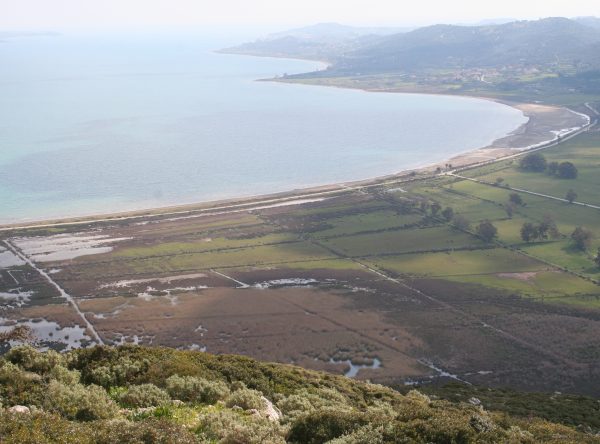 Ithaca’s harbour is visible from Odysseus’ palace and is deep, according to Homer. The Livadi Marsh was under water in the Late Bronze Age and is directly below Kastelli … END_OF_DOCUMENT_TOKEN_TO_BE_REPLACED